The two most retweeted tweets are also the most tender

They also happen to be photograph.

They say actions speak louder than words and a picture tells a thousand words. Even though Twitter is a word medium (concise words that is), it’s two most popular tweets of all time are not because of the words, but of the pictures accompanying the words.

The most popular tweet of all time is this picture president Barack Obama tweeted after winning the reelection campaign. The words accompanying it simply said, “Four more years.” It has the the most retweets of all time.

The second most popular is by Justin Bieber who tweeted about this photo and simply said, “RIP Avalanna. i love you,” and got the second most retweets of all time. He also has the most Twitter followers, more than 40 million. 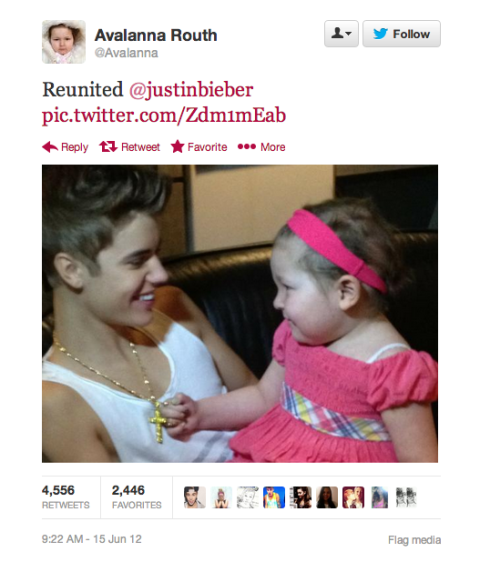 Goes to show that humans still love love more than anything. In the midst of all the despair and hatred that is sometimes dished out on Twitter, love and tenderness wins the day. Every time. Keep love alive and show your tender side.

You are currently reading The two most retweeted tweets are also the most tender at Khaya Dlanga's life on the "internets". All on one blog..