I love this ad. It’s simple. No tricks. Straight to the point.

It points fingers at the parents and blames them for their children being fat. I like that it is not a knee jerk reaction by governments which tend to try to legislate themselves out of a problem instead of affecting and changing people’s mindsets. I think that the British Department of Health is on the right track with this ad. It reminds parents to be better parents. Cook for your kids, let them be active so that they might live. Although I think that the scare tactic at the end with the coffin might be OTT, I think the message is on the right track. Maybe the next ad will be more hopeful and inspirational as opposed to a scare tactic. But well done, government departments make horrible ads, this is not one of them. Hope our government advertising takes a page out this. There is no government minister in the ad. What is important is the message, not who is saying it. 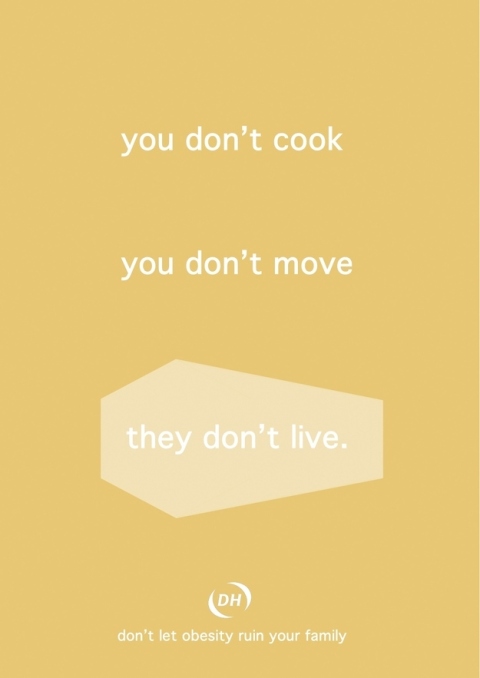 § One Response to Great ad talking to parents about chilhood obesity

You are currently reading Great ad talking to parents about chilhood obesity at Khaya Dlanga's life on the "internets". All on one blog..